Auto Insurance Fraud on the rise? Some say the rates are as high as 30% so 1 out of 3 claim is a scam. Well this is according to law enforcement in New York and Los Angeles is even worse. In fact California is one highest ranking states for insurance fraud, followed by Florida, Texas, New York and Maryland. That is probably why these states also have the highest rate for insurance premiums. The fake claims in New York city alone runs over $200 million in additional premiums and if you consider the whole country it costs consumers tens of billions of dollars each year.

Beware of fraud in different levels. For example even on best online auto parts or auto repairs you need to be aware of counterfeit parts and shady workmanship. There are cases where counterfeit air bags are replaced in cars endangering drivers and passengers. It is always a good idea to have your car repaired at a reputable body shop. And if you are buying a used car then get a history report to make sure if the car has been in an accident. The number of staged accidents are alarming. There were over 100% increase in fraudulent cases in the last few years. The most common staged accidents are: swoop and squat where 2 vehicles trap a victim in rear-end collision, a wave down where vehicles are waved that it is safe to pull out of a parking and a drive down where  when waiting to make a left turn one is led to believe it is safe to turn early and as soon as the turn is made the other party hits the car, and of course there are those who inflate their damages after an accident to increase claims.

There is also agent fraud, insurance agents who sell fraudulent coverages and you realize you don’t have insurance coverage when you need it and have to pay for it yourself.

Towing is another way fraud happens, if you were in an accident but haven’t even called for a tow car but a tow truck shows up, you can bet you are going to end up with a huge bill. For years AAA has provided a great roadside service it is worth the investment. 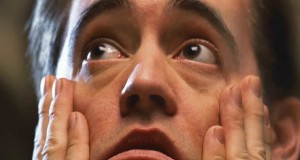 Before You Buy Life Insurance