Other News
Home .. Credit Reports .. Conspicuous consumption and the pursuit of happiness It’s easy to think that the financial challenges facing Americans today are new, but one needn’t look too far in the past to see many of the same destructive patterns of behavior and habits of consumption bedeviling humanity since the beginning of modern economic theory.

In 1899, economist and sociologist Thorstein Veblen introduced the concept of conspicuous consumption to describe the tendency of the wealthiest members of society to publicly display their power and prestige through the acquisition and consumption of luxury goods.

The quasi-peaceable gentleman of leisure … consumes freely and of the best, in food, drink, narcotics, shelter, services, ornaments, apparel, weapons and accoutrements, amusements, amulets, and idols or divinities. … Since the consumption of these more excellent goods is an evidence of wealth, it becomes honorific; and conversely, the failure to consume in due quantity and quality becomes a mark of inferiority and demerit. (Veblen)

Lest we think conspicuous consumption is a recent phenomenon, Veblen suggests that it predates modern economic theory. In primitive cultures, Veblen asserts, it is the privilege of the “honorable superior class … of able-bodied men” to consume the finest cuts of meat, wear the finest clothes, and adorn themselves with the finest jewelry. To the industrious classes—made up mostly of women, children, and servants—falls the responsibility of producing the superior goods consumed by the ruling class. At this lower level of society, consumption is strictly utilitarian; limited to what is necessary for subsistence and continued productivity.

The conspicuous consumption of the modern world differs from primitive custom only insofar as it rests upon the accumulated capital wealth of the leisure class. Through conspicuous consumption, the “gentleman of leisure” not only demonstrates his own economic stature, but establishes the standard by which the community as a whole defines “the good life”. His lifestyle—both in terms of the goods he consumes, and the manner in which he consumes them—acquire an aspirational function for the community, whereby the members of the industrious classes strive to “live up” to the the socio-economic standards he has set. Ideally, this desire for improvement would lead to increased productivity and industriousness; but for many members of Veblen’s industrious class, financial success is determined less by the accumulation of actual capital wealth, than by the ability to purchase and consume those goods which have become the signifiers of capital wealth through their association with the leisure class. For these consumers, buying on credit is the most expedient method for the fulfillment of their material aspirations. Thus, envy and desire contribute to some of the most destructive consumer habits.

The aspiration to achieve a higher standard of living through consumption goes hand-in-hand with a pronounced dissatisfaction with the quantity and quality of more common (and economically accessible) goods—a fact that advertisers are all too eager to exploit. Mass media bombards the American consumer with extravagant visions of the products and brands that signify “the good life”; promising leisure, convenience, and happiness. Next to these superior goods, the consumer’s own possessions appear pathetic and unseemly. As Adam Smith points out,

The poor man’s son, whom heaven in its anger has visited with ambition, when he begins to look around him, admires the condition of the rich. He finds the cottage of his father too small for his accommodation, and fancies he should be lodged more at ease in a palace. He is displeased with being obliged to walk a-foot, or to endure the fatigue of riding on horseback. He sees his superiors carried about in machines, and imagines that in one of these he could travel with less inconvenience (Smith, Theory of Moral Sentiment).

The rich man’s palace and horse-drawn carriage serve as early examples of aspirational products—consumer goods which are desired by many, but beyond the economic means of all but a few. Their value is determined less by their intrinsic merits, than by the symbolic meanings that they embody; but in his pursuit of these symbols of economic status, the “poor man’s son” of Smith’s parable invariably dooms himself to a life of toil and inconvenience that far outweighs any benefit he might have realized by possessing them.

Through the whole of his life he pursues the idea of a certain artificial and elegant repose which he may never arrive at, for which he sacrifices a real tranquillity that is at all times in his power, and which, if in the extremity of old age he should at last attain to it, he will find to be in no respect preferable to that humble security and contentment which he had abandoned for it (Ibid.)

This is the trap of consumerism: We pursue material goods under the delusion that consumption will make us happy; but consumption only leads to further unhappiness. Dissatisfaction and desire may be the most powerful triggers for consumer spending, but recent studies suggest that they are also the most common results of consumer spending. In The High Price of Materialism, psychologist Tim Kasser explains

that when people organize their lives around extrinsic goals such as product acquisition, they report greater unhappiness in relationships, poorer moods and more psychological problems. Kasser distinguishes extrinsic goals–which tend to focus on possessions, image, status and receiving rewards and praise–from intrinsic ones, which aim at outcomes like personal growth and community connection and are satisfying in and of themselves (apa.org)

And, as if that weren’t enough, a further indignity awaits anyone who strives to attain through consumption the standard of living established by the leisure class; for, in the event that enough members of the industrious class realize their aspirations to acquire the material signifiers of wealth, those goods cease functioning as proper status symbols among the leisure class, who must now consume goods even further beyond common means.

Tim Dewey is a literature professor and freelance writer living in Minneapolis, MN. He understands just enough economic theory to know that most of his financial decisions are probably bad.

Previous: Credit Card Offers are Changing This Year!
Next: What’s your retirement number? The Truth about Debt Management 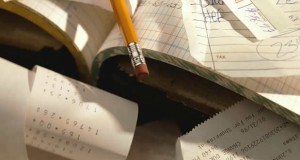 The Trouble with Mistakes on Credit Reports