Other News
Home .. Personal Finance .. The iPhone 6 and The New Consumerism

The iPhone 6 and The New Consumerism 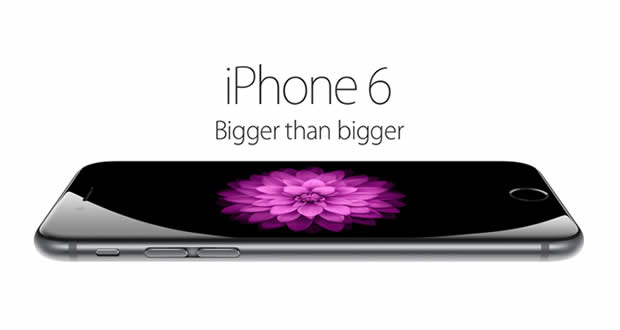 According to most business and technology news sources, Apple is expected to announce the release of a new line of consumer products—including the latest iteration of the iPhone—in less than two weeks, at a media event on September 9th. The rumors and speculation leading up to this event have all followed a pattern that has become as predictable as the changing of the seasons. Tech websites have extrapolated the anticipated features and specs of the new model based on Apple’s patent applications, changes in Apple’s mobile operating system, and “parts leaks” from the Chinese manufacturers of electronic components allegedly designed for the new iPhone; while business sites have reported on Apple’s rising stock prices in advance of the media event (with some anticipating that traders will sell on or after September 9th, unless the new handset somehow manages to exceed increasingly heightened expectations).

Meanwhile, Apple itself has remained characteristically silent on the alleged September 9th media event. Although a French website recently posted images of promotional art bearing the anticipated date of the iPhone 6’s announcement, Apple has yet to corroborate it. A back-to-school promotion ending on September 9th is the only mention of the date anywhere on Apple’s consumer website; nor has anyone from Apple Inc. officially commented on the features, specifications, release date, or even the name of the new iPhone.

NOTE: While I was writing this essay, Apple sent out invitations to media outlets for a September 9th event. Aside from the time and date of the event, no other information was given. Invitations simply read “Wish we could say more.”

Of course, playing coy with the imminent release of a new iPhone ensures that the previous models—last year’s iPhone 5s and 5c—will continue to sell in the weeks leading up to the availability of this year’s more advanced version. Furthermore, by cultivating an air of secrecy, Apple gratifies its most ardent fans (and detractors) by allowing them the opportunity to speculate wildly. One wonders how much of Apple’s technological innovation is shaped by the breathless anticipation that surrounds the release of each new consumer product, or even the dispirited grumbling that follows it. Most importantly, the rampant speculation leading up to the announcement of a new product solidifies Apple’s cultural significance. While other manufacturers produce handsets that are arguably superior to the iPhone, none have captured the consumer’s imagination to quite the same degree. More than anything else, the release of a new iPhone is a cultural event.

From the very beginning of the company’s current reign as the industry leader in mobile computing and telephony, the iPhone has been almost perfectly tailored to shape and drive consumer behavior by exploiting economic, social, and psychological phenomena. But, while the effort to influence consumption has traditionally been the goal of marketing and advertising, Apple’s success derives from the company’s decision to influence consumption through the design and functionality of its devices.

In 2007, Apple introduced the iPhone, one of the first smartphones to be widely adopted in the United States. Although personal digital assistants (PDAs) had made some advances in mobile computing, prior attempts to market a cell phone with advanced computing capabilities were largely unsuccessful. Research in Motion’s Blackberry and U.S. Robotic’s Palm devices granted users some limited computing and communications capability, but they merely augmented users’ existing systems; and Microsoft’s early mobile computing platforms were little more than a scaled-down version of its Windows Desktop operating system.

The entire thrust was to do nothing more than miniaturize the desktop PC. In other words give users a PC in their pocket. There was nothing really unique about the Microsoft smart phones. They stored PowerPoint presentations and Word documents and ran Windows software as best they could — if at all. . . .everything was a phone first and a computer second. Apple flipped the model and centered the buzz around the oddball but often practical applications that run on the iPhone (MarketWatch)

In other words, the iPhone offered users an entirely new computing platform that not only complimented users existing computers, it had the potential to replace them. But there was nothing particularly revolutionary about the iPhone as a mobile communications device. In fact, critics of Apple’s handset routinely cite cellular reception and sound quality as one of its most damning flaws, thus ignoring the iPhone’s sociological and economic significance. Since the introduction of the first iPhone, little has changed in the way we conduct mobile communications. Text and video messaging are both simply long-anticipated extensions of traditional telephony. But few foresaw the iPhone’s impact on consumer behavior.

By seamlessly connecting a mobile telephone handset to an online App Store, where users could quickly and conveniently purchase software to perform the most common computing tasks—sending e-mail, browsing the Internet, gaming—Apple positioned the iPhone as a legitimate replacement for the desktop computer. At the same time, Apple tied the iPhone to its popular iTunes Music Store, through which users could quickly and conveniently purchase music, movies, and television programs; thus displacing traditional retail channels and radically altering users’ media consumption habits. And, as other manufacturers introduced competing handsets and retailers developed apps to capitalize on this new mode of consumption, the smartphone became the primary channel through which the consumer accessed the global marketplace; and vice versa. Simply put: the iPhone changed the consumer’s relationship with technology by changing the consumer’s relationship to the marketplace.

The smartphone shapes and drives consumer behavior, firstly by facilitating immediate gratification. With constant 24-hour access to the global marketplace, the smartphone effectively eradicates many of the traditional barriers to spending, particularly impulse spending and unconscious consumption. Music and software sold through Apple’s iTunes store, and its competitors, are optimally priced to minimize consumers’ resistance. While expensive items like cars and computers typically demand thoughtful deliberation, a 99¢ purchase seems inconsequential; and the manner in which these seemingly insignificant transactions are conducted is so convenient as to be virtually effortless.

Over time, however, the costs add up; and some of those costs are hidden. Planned obsolescence virtually assures that a smartphone user will feel the need to buy a new phone every 2-3 years; and, as consumers become more reliant on a particular smartphone for their everyday activities, they tend to get “locked in” to a single vendor. iPhone users who rely upon the apps they’ve downloaded are more likely to upgrade to new models as they are released—regardless of actual necessity—simply because the applications in which they have invested time and money are not transferable to a competing device, and are, therefore, unrecoverable.

Economists refer this phenomena as the “sunk cost fallacy”, a cognitive bias that encourages consumers to act against their own self interest based on the perception of a prior financial or emotional investment. As users devote more time, money, and energy to a given product, the perceived cost of switching to a competing (and perhaps more practical, or economical) product becomes higher. Gaming consoles and digital cameras benefit from the same effect.

Cellular service providers capitalize upon this tendency by subsidizing the purchase of a new smartphone (sometimes absorbing the cost entirely) in exchange for the consumer signing a two-year contract for cellular voice and data services. Thus, the provider recoups the cost of the smartphone many times over by locking the user in to a service plan that may or may not be the most economical choice.
Economists refer to this as “freebie marketing” or the “razor and blade business model”—named for the practice of deeply discounting (or giving away) razor handles to coax consumers to adopt a proprietary shaving system; which, in turn, requires repeatedly purchasing expensive razor cartridges. Other products employ the “razor and blade” model of business; most notably, Swiffer cleaning systems and computer printers.

The rate at which the smartphone has been adopted is unprecedented. Just 7 years after the introduction of the iPhone, smartphone users account for over 70% of mobile telephone subscribers in the United States, with the total number of mobile subscriptions actually exceeding the country’s population by almost 10 million. Any impact that the smartphone has had on mobile communications, however, is simply a matter of magnitude. Communication is easier, faster, and better—but not significantly different from the communication made possible years earlier by technologies. Consumption, however, has undergone a radical transformation. We must take note of these changes, and consider their consequences, if we are to be conscious, deliberate consumers.

Potentially Money Saving Bonus Tip: If you’re considering upgrading from the iPhone 5 to the iPhone 6 based solely on your current phone’s inability to hold a decent charge, head on over to Apple’s website to see if you’re eligible for a free battery replacement. You may just be able to extend the life of your iPhone another year—at which point Apple will likely release a new iOS that makes it all but obsolete.

Previous: Don’t eat that marshmallow!
Next: What You Need to Know About The Home Depot Data Breach