There is an investigation going on by federal regulators and private detective services in regards to mortgage insurance kickbacks going back almost 20 years. The investigation is surrounding the banks and lenders requiring private mortgage insurers to get backup insurance from lender-owned reinsurance companies. So basically the insurance was unnecessary and it meant the lenders receiving a payment in lieu of no service. They used the excuse that buyers with less than 20% down payment should have  mortgage insurance for the additional risk but was this done only on the segment outlined by the rule is the question.

The consumer bureau settlement so far has resulted in over 15 million dollars in penalties. However, the investigation into banks and lenders is ongoing and more cases and more penalties could arise. The consumer agency has been investigating for a year and has discovered that each bank has received over 6 billion in kickbacks. Obviously this practice has been going for a long time and most of lenders have been exerting pressure and funneling funds into insurance programs. Most of the companies that settled and are paying a fine refused to admit guilt and are paying penalties to put this behind them. Even as claimed by these lenders and insurers that the insurance was for those buyers with less than 20% down payment, the payments exceeded what was normal for this types of insurance resulting in obvious profits and kickbacks that have warranted the investigation and penalties.

Few months ago homeowners in North Carolina, Pennsylvania and Maryland sued HSBC Holdings in US accusing them of taking kickbacks from private mortgage insurers and as a result of a consent order if approved by the court companies will be prohibited from making any new reinsurance agreements with affiliates of lenders for 10 years.

Previous: What You Need To Know About Obamacare
Next: Directory of Insurance Companies 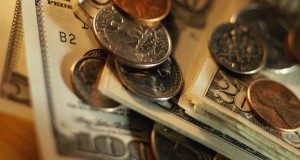 The Pros and Cons Of Refinancing A Mortgage